Chicago is emerging as a new bottleneck in the global supply chain as rail, trucking and logistics operators struggle with a glut of imports from Asia reaching the Midwestern freight hub.

Union Pacific Corp. and BNSF Railway Co. have limited container shipments into their overstuffed freight-switching terminals in the Chicago area and some cargo owners and logistics companies have sought to divert shipments by truck or rail to other Midwestern transfer points, raising costs and adding new complications to already-snarled distribution networks.

The logjam is being driven by the rush of U.S. retailers and manufacturers to restock inventories as the economy reopens from Covid-19 lockdowns and consumers head back to stores and restaurants in greater numbers.

Container imports into Southern California’s neighboring ports of Los Angeles and Long Beach have surged at a record pace this year and delays have rippled across logistics operations, from the seaports to nearby warehouses and deeper inland to Chicago, where many thousands of containers are switched each month.

“The pandemic and its recovery is like a boulder in a pond,” said Anthony Hatch, a rail transportation analyst and principal at ABH Consulting.

The two California ports handle about one-third of U.S. container imports, mostly from Asia. Seaborne imports to the ports for onward shipment to Chicago and the surrounding area rose 32% year-over-year in the second quarter and 18% compared with the same period in 2019, according to trade analysts Panjiva.

The congestion is the latest bottleneck in supply chains that have been knocked off balance this year by container shortages, tight capacity and events such as the grounding of the Ever Given container ship in the Suez Canal in March, backups at the Yantian port in Shenzhen, China, and other incidents that led to ongoing delivery delays.

In Chicago, the freight railroads are trying to catch up as containers arrive faster than they can be switched for onward transport, leading to ever-higher stacks of boxes at the region’s yards. The strains are being exacerbated by labor and equipment shortages across the shipping, trucking and rail industries.

Union Pacific, which along with BNSF hauls containers to and from the Southern California ports, earlier this month said it would suspend service from the West Coast to Chicago beginning the night of July 18 for up to seven days to ease the backlog of containers.

This week, BNSF said it had begun metering container flows from the ports for two weeks. Typically the railroad meters freight following disruptions caused by events like extreme weather, said a spokeswoman for BNSF, a unit of Berkshire Hathaway Inc.

“This particular situation is somewhat unprecedented in that for a sustained amount of time the volume we are getting is exceeding what customers are picking up from our gates for deliveries,” she said in a statement. 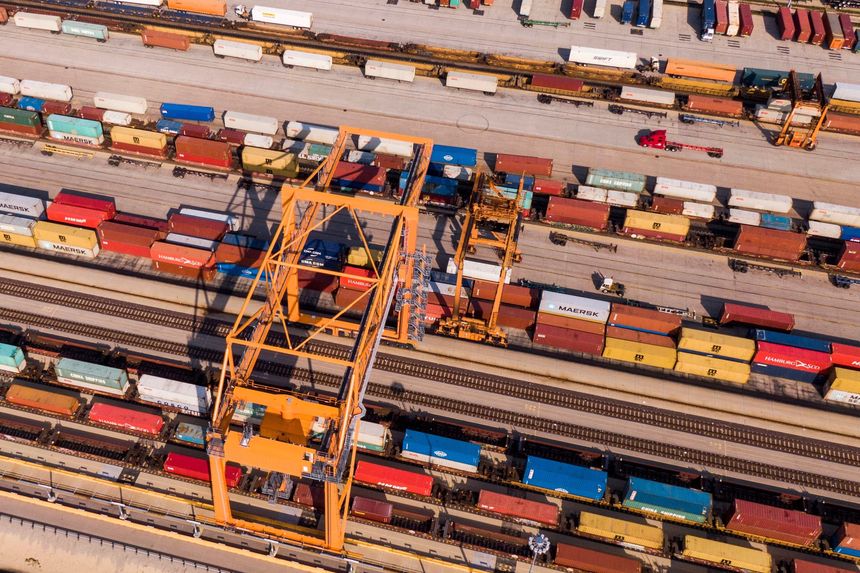 Canada to ban imports of crude oil from Russia

Take a challange to make it or create it.